Our June event is hosted by the MARS lab at the U of M, in Walter Library.  You may have seen press about their work with stair climbing robots, autonomous drones and Google’s Project Tango. 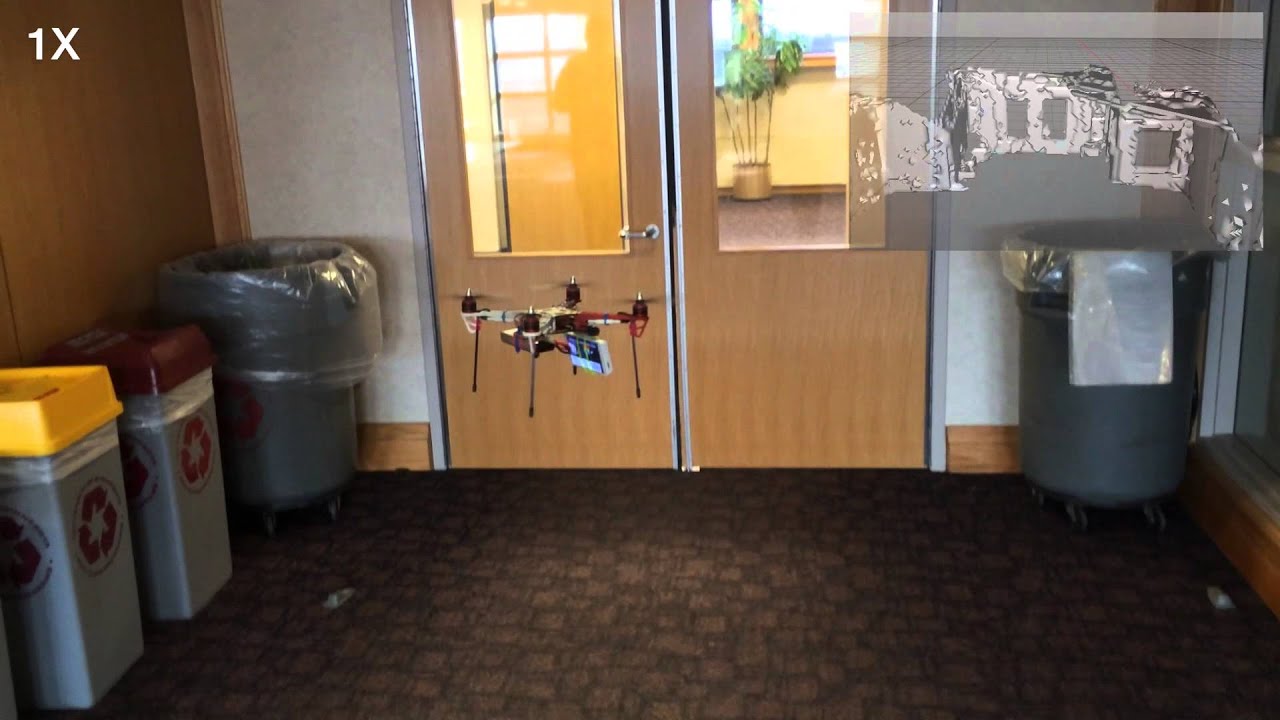 Over the last decade, GPS-denied navigation has been a formidable task, whose solution can enable a wide range of applications, from space exploration, and autonomous ground and aerial vehicles, to indoor localization and augmented reality applications.

Interestingly, the endeavor towards GPS-denied localization initiated with the push of the space exploration frontiers, since it was a prerequisite for the success of interplanetary missions. Specifically, researchers have been investigating the fusion of visual information from a camera, with motion information, provided by an Inertial Measurement Unit (IMU), in order to track the position and orientation of an object, in what is termed a Vision-aided Inertial Navigation System (VINS).

Recently, the decreasing cost of inertial and visual sensors along with the increasing computing capabilities of modern mobile devices, allowed for the transfer of VINS technology from spacecraft navigation to consumer-grade devices, such as wearables, cell-phones and tablets.

In this presentation, solutions to three key problems in VINS will be presented:

We’ll include videos and demos of how these techniques are being used by the MARS lab.

We’re in Walter Library room 402 (4th floor.)   All building doors and the elevator on the Pleasant St entrance will be open during our meeting.

There are bus and light rail stops nearby on Washington Ave.

You could park at meters on Pleasant Ave, nearby Weisman or Church St Garage, or in the Maroon Lot near our end point at BWW / the stadium.  UMN East Bank parking map pdf

After, We’ll head to Buffalo Wild Wings on University Ave, by the stadium. https://goo.gl/maps/zmbWm

About MN VR and HCI:
MN VR and HCI (Human-Computer Interaction) welcomes developers and tinkerers working with all variety of VR,  HCI, hardware hacking, creative coding and interactive art   Members are working projects with light field displays, mocap, tiny computers, servos and sensors, interactive statues and a variety of VR, motion and computer vision games.
If you’ve only been to our parent group IGDATC meetings, MN VR and HCI is a different format: We aim for smaller group discussions and lots of specific details.

The comments are closed.

This is the International Game Developers Association (IGDA) chapter for the Minneapolis/St Paul (Twin Cities) metro area in Minnesota, USA. We are an active chapter and usually meet monthly. New visitors are always welcome (with or without IGDA membership).

Thank You to Our Sponsors